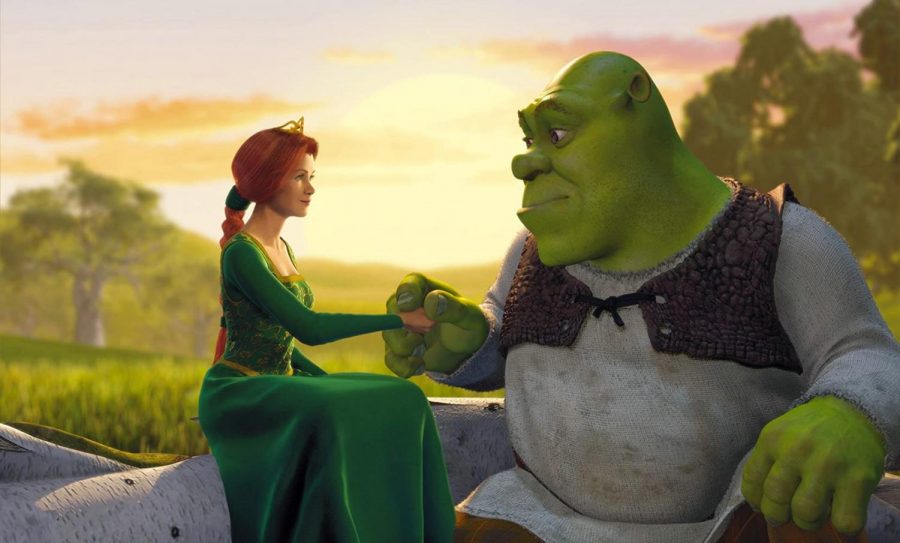 As the world experiences an emergency no one has ever gone through before, many are left with open schedules for the next several weeks. With nothing to do, re-watching old movies is a great way to pass the time. One movie series, though, stands out from the others: the Shrek series.

With its characters, jokes, and the memes that spawned from it, Shrek has a place in many people’s hearts. But after so many years, many are left to wonder if this cultural phenomenon is as good as we remember it from our childhoods.

Shrek was released in 2001 and was met with critical acclaim by both audiences and critics. Upon revisitation, it is clear why the story stuck with so many.

The main characters are all extremely enjoyable to watch. Shrek’s character growth from territorial and feeling unlovable blossoms into him taking charge and becoming the hero of his story while falling in love and making his first friends.

The film is also funny, with many jokes still holding up 19 years later and Donkey still being a reliable comedic relief.

The soundtrack fits perfectly with the film as well, including Smash Mouth’s “All Star” which has become the franchise’s most recognized meme. Other than that, songs such as “I’m a Believer,” “Hallelujah” and “Bad Reputation” are excellent choices that strengthen the overall story.

The pacing is also one of the best things about the movie. It never drags from scene to scene, but instead actively engages viewers with witty jokes, the romance between Shrek and Fiona, or the plans of villain Lord Farquaad, who is one of the most enjoyable characters from the entire franchise with his Napoleon complex and jokes.

Overall, this is a fantastic film and worth a watch over break.

Shrek 2 was released in 2004 and met with similar reviews to the first film. Though few sequels are better than their originals, Shrek 2 is one that succeeds.

After getting the girl and everything he has ever wanted, Shrek begins to feel as though he isn’t good enough for Fiona and wants to give her the happy ending a princess should have. Shrek’s internal struggle of learning that he is enough for Fiona is beautiful and something many audiences can relate to.

The villains in this movie are even better than the first. The Fairy Godmother and her son Prince Charming plot to get rid of Shrek so Charming can marry Fiona and be king. While Farquaad and his plot to become king was one of the best parts of the last movie, the villains of this movie raise the stakes to a completely different level.

On top of new villains, the new characters and settings are also compelling. Puss in Boots and the king and queen of Far Far Away are so enjoyable to watch and they are crucial for the next movies.

The best part of this wild ride is the film’s climax, where Shrek and Donkey race to save Fiona from the Fairy Godmother. The scene is action packed, the jokes are well written and the Fairy Godmother sings “I Need a Hero,” a song that will be forever stuck in the heads of Shrek lovers.

This is without a doubt the most memorable and best Shrek movie in the entire series and deserves some love over the break.

Following the successes of the first two films, Shrek the Third was released in 2007, yet it didn’t receive nearly as many positive reviews as the first two. This was completely justified.

Everything about this film was a downgrade from the first two movies. All the characters, settings and jokes the audience knows and loves are missing from in this film.

Following the death of King Harold, Shrek must go on a quest to find Arthur who is the next heir. The settings such as the high school are boring and confusing since Donkey implies he went to both high school and college somehow.

The new characters, such as Arthur, Merlin, the villains and the princess, aren’t memorable or interesting to watch. Aside from Arthur, these characters are mostly just annoying and poorly written.

The jokes have also been reduced to gross body humor, such as when Shrek dreams of being a father and gets vomited on for a solid 10 seconds.

Later Donkey and Puss switch bodies in another attempt at a joke, but it fails miserably.

All these problems make the film forgettable and leave the viewer wishing it were over already. While the first two were over before you knew it and filled with tons of quotable, funny lines, this movie has nothing.

Overall, this is the weakest Shrek movie and viewers should skip this when on their Shrek movie marathons.

Closing the series comes Shrek Forever After, which was released in 2010 and received mixed reviews.

The plot to this movie kicks off with Shrek having a midlife crisis and not feeling like a “real ogre” after settling into fatherhood. Although the emotional conflict Shrek is facing is believable and intriguing, it gets off the rails when it spirals into a time travel plot where Shrek and Fiona have never met. The franchise could have done a million other interesting things going through this conflict, but the movie chooses one of the most overplayed ones.

With a time travel plot that has been rehashed so many times, this movie isn’t memorable. Although the first two movies came out almost 20 years ago, people still quote them and make memes about them. Shrek Forever After is only 10 years old, and no one talks about funny lines or their favorite parts.

Although rife with flaws, there are some good parts of this movie unlike the third installment. The love story between Shrek and Fiona, who in this timeline never fell in love, is beautiful to watch as they are constantly fighting the villain, Rumplestiltskin.

After the horrible villain in Shrek the Third, Rumplestiltskin is a breath of fresh air. He is the funniest part of the movie and raises the stakes as high as the second movie. According to the deal between him and Shrek, Shrek will die at the end of the day if he doesn’t get Fiona to fall in love with him. This all happens while Rumplestiltskin constantly jokes about his hatred for Shrek.

There is also a scene where Shrek disappears after failing to get Fiona’s kiss. With the release of Avengers: Endgame, this scene has not aged well with the comparison of Shrek being snapped away by Thanos.

Although not perfect, this is a good movie to end the series with. While bored during the break, I recommend watching movies one, two and four for your Shrek marathon.