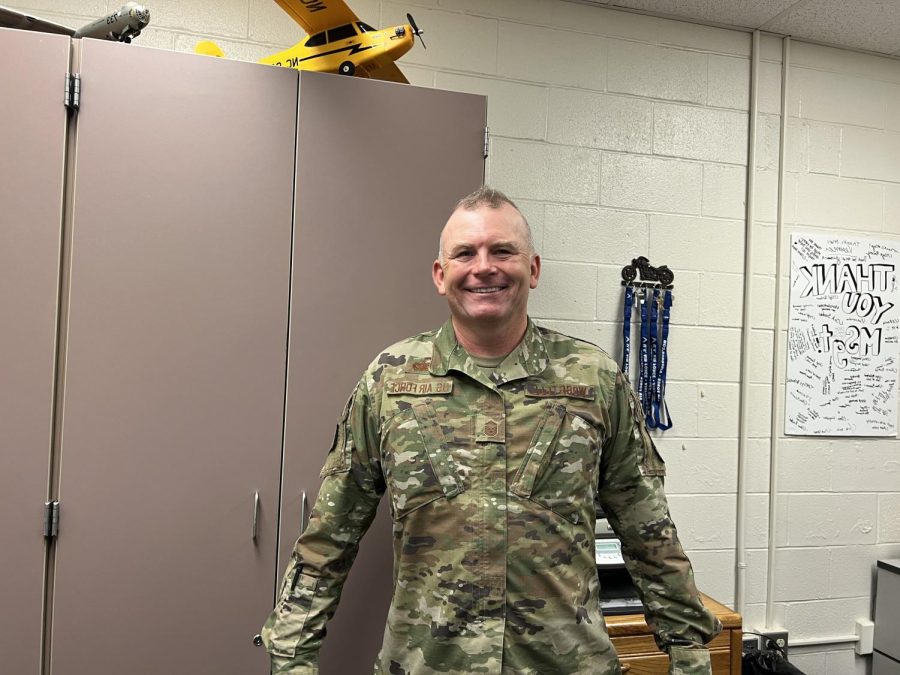 Master Sergeant Jim Worstell is joining the Hayes staff as the aerospace science instructor for the Air Force JROTC.
“I was a military training instructor in the Air Force as a drill sergeant and I was also a recruiter and the recruiters visit the high schools and that’s when I discovered JROTC,” Worstell said. “I liked to teach and I was teaching in the Air Force and I liked working with young people, so when I retired from the Air Force, I was a police officer in North Ridgeville, Ohio, and then the opportunity come came to teach Air Force JROTC and I’ve been doing it for 12 years now.”
One of Worstell’s goals is to increase enrollment of cadets in the JROTC program at Hayes.
In high school Worstell played football and worked a job and one of his favorite memories was beating their crosstown rivals, who went on to be state champions.
“I’m just glad to be here,” Worstell said. “You know, Delaware’s right in the backyard where I live, I live in Marysville, and so it’s nice to be close to home where your work and stuff like that, but I just look forward to working with cadets and the Major and everybody in the school to make JROTC a good safe place for kids to learn and thrive.”